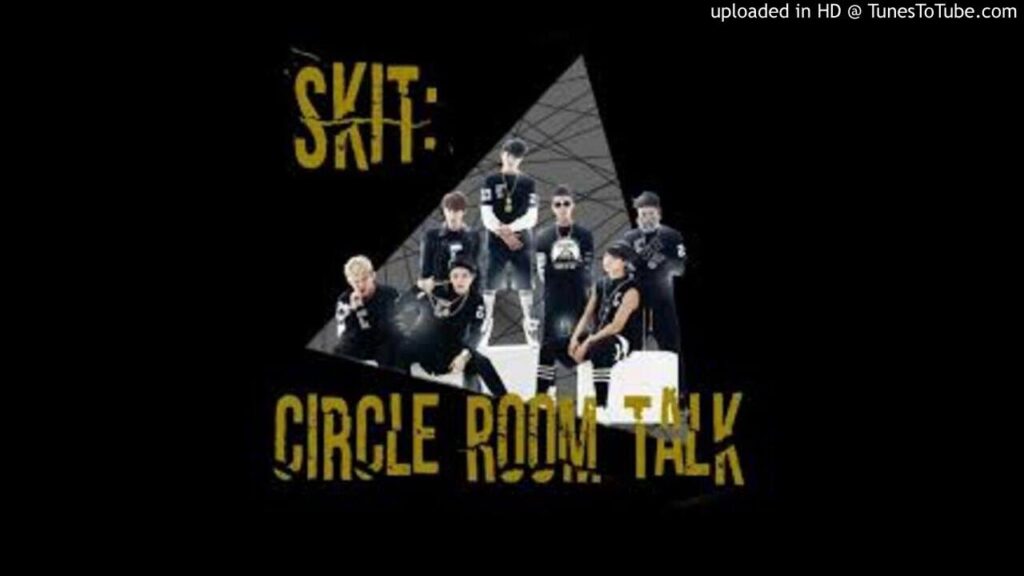 Rap Monster: It was a hit back then, I’m telling you
V: The year 2006!
Rap Monster: Fly was the best, that music video was amazing
Suga: You don’t know how much I followed the trend of wearing a white shirt and red necktie when I was in the 6th grade
Rap Monster: And so—
V: Hyung, that doesn’t suit you (laughter )
Rap Monster: Ah, what is this?
Jin: Hey, the bell rang, let’s go
J-Hope: “Let’s go”? Over the bell ringing? Hyung, how about today we try skip-skip-skipping
V: I won’t go
J-Hope: Let’s skip for once!
Suga: And so, and so—Rap Mon, start from what you were saying about Epik High
Rap Monster: And so after I heard that song, I started to rap—like the song said, I started to fly
Suga: This Suga-nim started to rap too after hearing the song~
Rap Monster: We’re exactly the same. We’re all the same, really
J-Hope: Back then, we were all the same, acting our age
Rap Monster: Okay, so what were you doing Hobi, when we were listening to Fly?
J-Hope: Now, different from the people who did rap, I was crazy about dance
Jimin: Of course
V: That inborn talent?
J-Hope: Well yeah it is inborn talent for dancing, I bet Jimin is the same?
Jimin: Ahh~ Of course! Is there anybody here who’s also had a dream about dance?
Rap Monster/Suga/V: … Nope
Jimin: (laughter)
V: Nobody, go away
J-Hope: I haven’t had one
Jimin: One person…
Rap Monster: Did you hear the static just now?
Jimin: Not even one person? (laughter)
Rap Monster: We all thought about it, no
Jimin: 1 second static
Suga: Taehyung, Taehyung, what was your dream?
V: I played the saxophone for three years
Suga: Then why don’t you play now?
V: Uh…
Jimin: Saxophone?
V: Because my mouth hurts…
BTS: (laughter)
Suga: Ah, you don’t play because your mouth hurts?
J-Hope: (laughter) Ah, your mouth hurt? Your mouth hurt?
Rap Monster: Something very phony about that
V: My mouth hurt, you see
Suga: It must have hurt a lot
Jimin: What a great excuse
Rap Monster: My heart hurts hearing that, ah~
Suga: Jin hyung, what about you? What was your dream?
Jin: Me? I just wanted to be like my dad. Leave for work at 7 and go home at 6 and eat the food that my wife cooks for me.
J-Hope: A normal life
V: Ohhh~ really? Wow…
Rap Monster: Me too, I think that’s the best too
Jin: That is the best
Rap Monster: What use is hip hop anyways? That’s the best
V: Whattt
Jimin: But why are you dissing hip hop like that? (laughter) Why are you doing that? (laughter)
J-Hope: He threw it away coolly, so coolly
Rap Monster: Don’t insult my dad!
Jimin: Why throw it away?
Rap Monster: Don’t insult my dad
Suga: Jungkook!
Jungkook: Yes? Yes? Yes? Yes?
Suga: Jungkook, what was your dream?
Jungkook: Me? Ah… I can’t remember that well
(Door knocking)
Teacher: You brats, what are you doing not going to class? I have to break up this hip hop crew or something, seriously64
Jungkook: We’ll go to class, we will
Teacher: Get back to class now you rascals!
Rap Monster: We will, we will, we will
J-Hope: Yes sir